A while back, I posted a fun little costume sketch for Pandoracon, a general nerdery convention in Cincinnati, OH. The theme this year was the Labyrinth, so of course I had to come up with themed costumes! 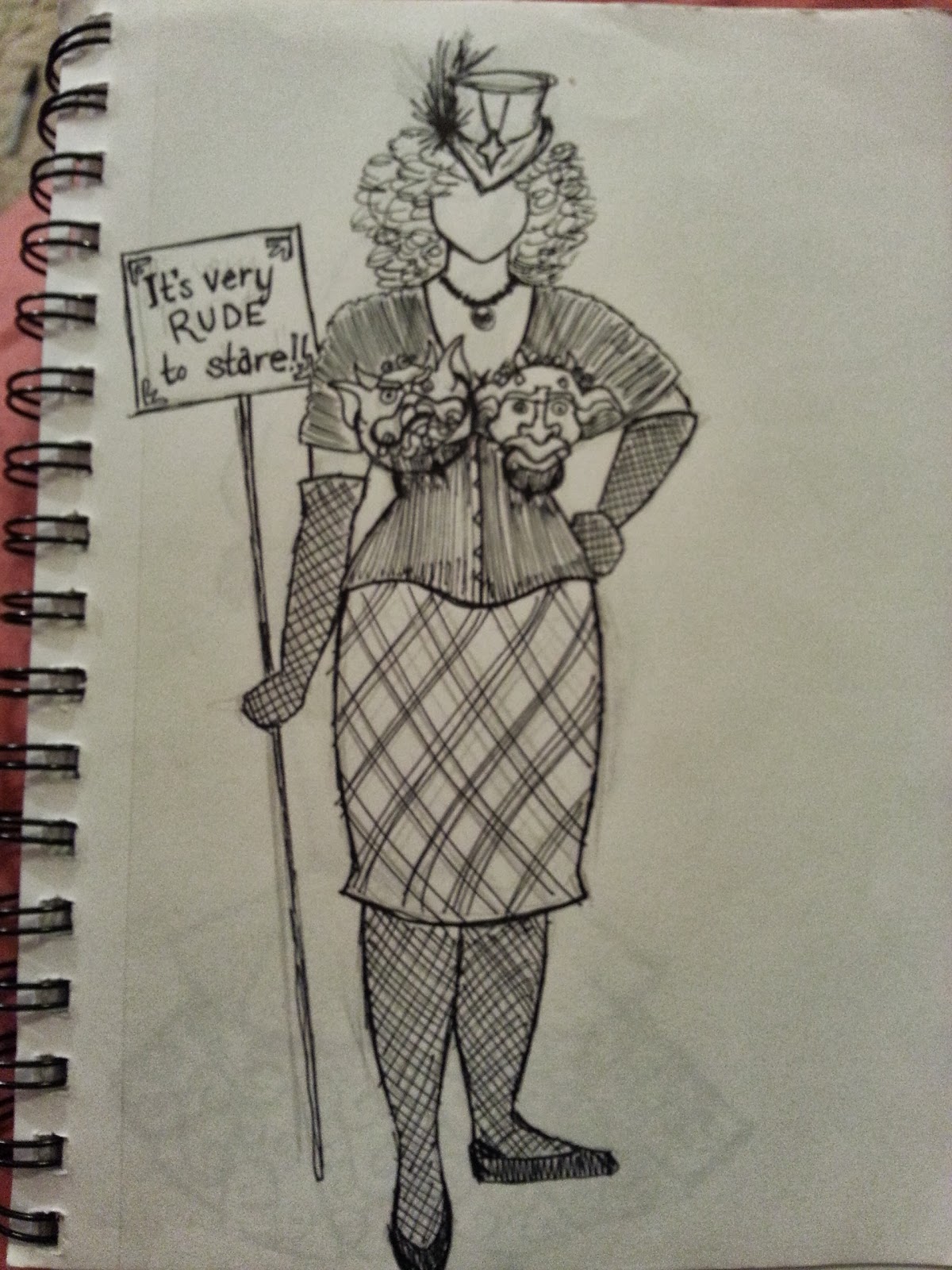 Given that I was prepping for Teslacon just a few weeks later, I wanted to create something that was a little less sewing intensive. Aside from the knockers themselves (and the sign), everything else was something that I already had: corset by Orchard Corset, hats by Blonde Swan and myself, other clothing just part of my regular collection.

I bought two pounds of Sculpey III clay from my local Joann Fabrics, and then the fun began! 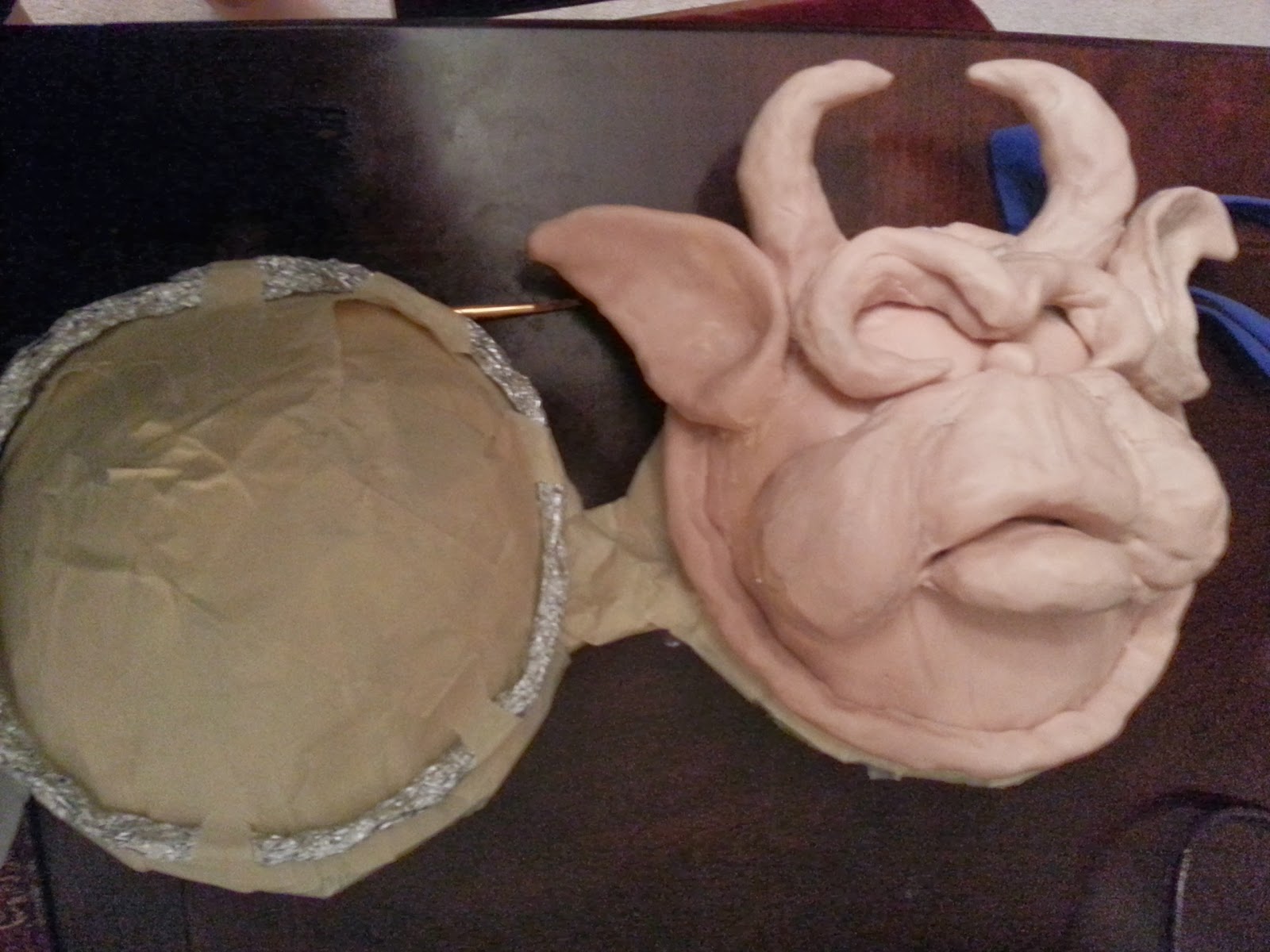 It took me a little while to determine my exact process. Because I am rather gifted in the bosom department, I wanted to make sure the plates would both fit my ample curves AND be stable enough to last a whole convention. I started by covering an old bra of mine in masking tape - because the bra was already padded, I just had to prop the cups up a little bit to make sure they held their form. I was originally going to place the clay forms directly over tinfoil (as seen on the left), but that wasn't as stable as I wanted.

So, instead, I rolled a thin piece of clay and covered the entire bra form. Then, I made the basic face shapes in tinfoil, covered them in clay, and pressed them into the base (face on the right). I used extra clay to fill in and smooth out the basic shapes, and to add extra details.

Once I had both faces done, I baked the entire structure, bra and all, in my oven according to the directions that came with the clay. When they cooled, I popped them off the bra form and had my chest plates! I then coated them in a spray plastic to give them a smoother finish and to provide more stability (dry clay can be fragile, so the plastic coating helped to prevent them from shattering when I bumped into anything).

I painted them using a mix of coppers and bronzes, and then tried to add a fake green patina - it sort of worked, but I was running out of time to do it right, so it was a little hard to see. I made the rings out of these curlicue Christmas decorations from Hobby Lobby - I just bent them into shape and hot glued them in place.

In retrospect, I should have made holes in the plates before I baked them, but because I was not that smart at the time, I ended up (carefully!) dremmeling holes into the sides and top so I could attach the harness. 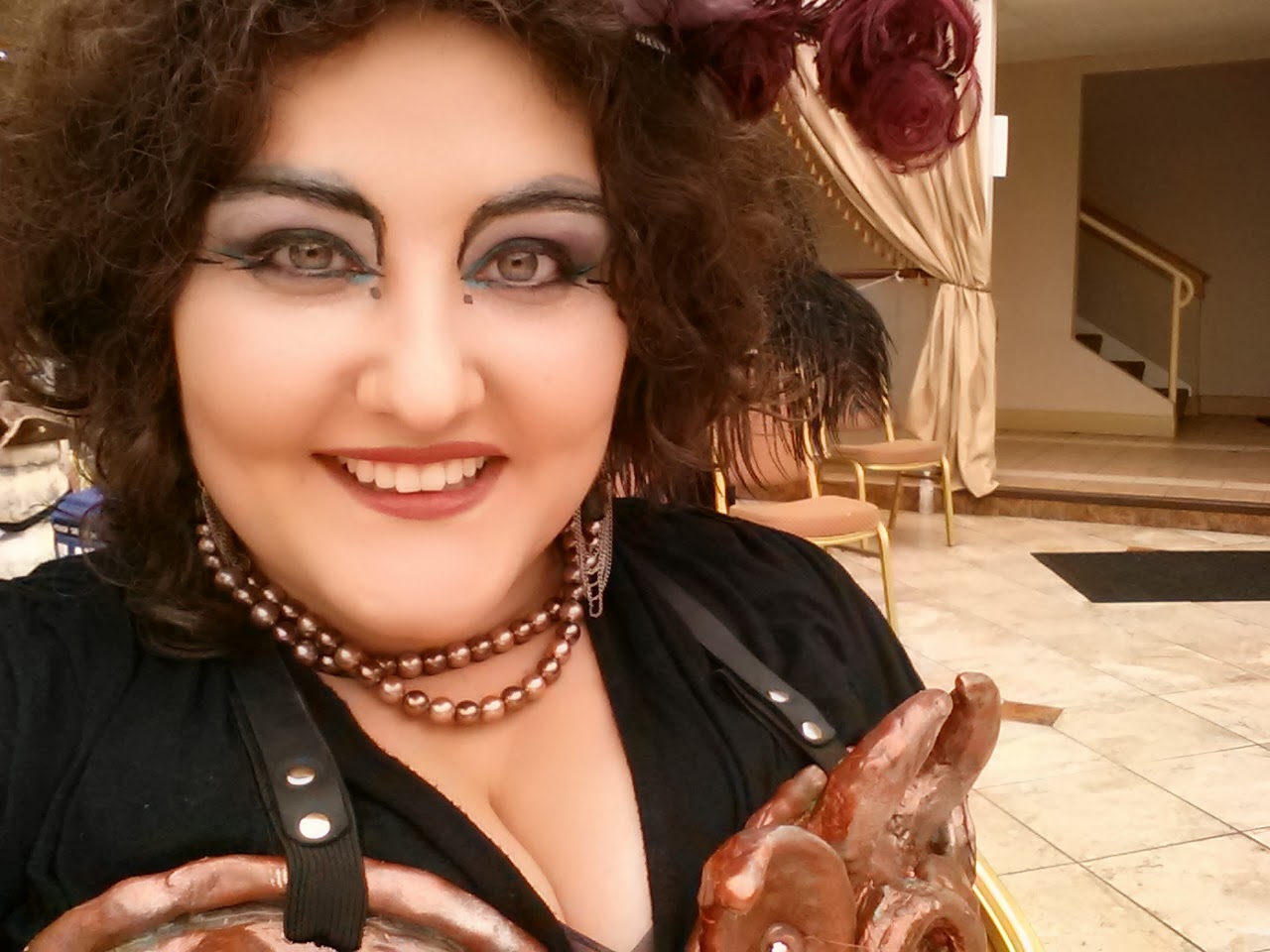 Originally, the harness was made out of elastic, but my friend Peter of Shoptroll made some super awesome durable leather straps for me (seen above). 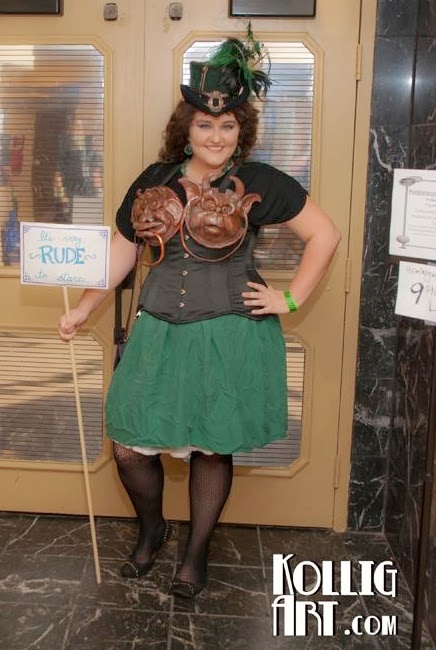 The picture above (taken by the talented Brian Kollig) is the closest variation to my original sketch. It turned out pretty damn close, if I do say so myself! 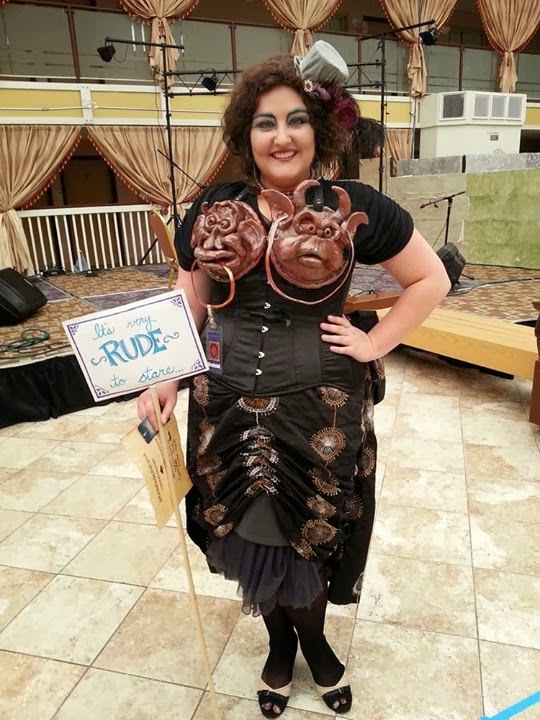 Here is another costume variation. This is the one I wore for the costume contest - I got third place overall!

I have plans to remake the knockers, now that I have some more clay experience and have learned from some of my basic mistakes. But overall, I am pretty happy with how these turned out. More importantly, I had a great time, received a lot of compliments, met a lot of new people, and made tons of punny jokes with other Labyrinth nerds :)
Posted by Brittney at 8:30 PM